Email "Medical" or "Hospital" or "Funeral" or "Insurance" and your Full Name, age and Cell No. to: [email protected]
or, just Click Here to fill in the relevant form and we will call you. Thank You.
Posted on August 1, 2019 Leave a comment 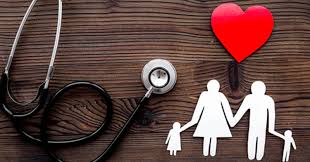 There is plenty of competition, with many government hospitals in the province described as deadly. The Democratic Alliance (DA) has released the results of a social media campaign attempting to expose the worst hospital in Gauteng.

According to a statement, the Jubilee Hospital in Hammanskraal has earned this honour.

Some of the comments that resulted from the social media campaign painted a frightening picture of conditions at South Africa’s government hospitals.

One respondent pointed out how long you would wait at Jubilee Hosptial.

“And some bleed the whole night until going mad,” he added.

Pholosong hospital in Tsakane was described as an “abattoir”.

“You go in there alive and come out as a corpse.”

“Kopanong Hospital in Vereeniging is one of the worst I’ve seen. Nothing works and management do not care about the dire conditions,” another respondent said.

At Bheki Mlangeni, one person said, people “die by the hundreds” each month, “even in waiting queues”.

“Kopanong Hospital was busy transporting to and from Sebokeng Hospital at night because they didn’t have an X-ray scanner. This hospital is a pre-mortuary hospital,” another person said.

One respondent at Sebokeng Hospital lost a loved one “due to nurses’ ignorance”, while Tambo Memorial was described as “dirty, overcrowded” with “lazy, rude and incompetent” staff.

One person described Far East hospital as “Far Death”, and another said that at Rahima Moosa Mother and Child Hospital “mothers die with their newborn babies”.

“Many people said all of Gauteng’s state hospitals required intervention to provide a decent service,” the statement added.

There was still some confusion over the 10 hospitals Gauteng Premier David Makhura and health MEC Bandile Masuku had targeted for special attention.

I hope that clarity is provided tomorrow in the debate in the Gauteng Legislature on the R50.8 billion Gauteng health budget.