It is a telling indictment of #TheAfricanWay when their own so called struggle heroes’ hometown, is reduced to a sh*thole, councilors thumbsuck exorbitant utility bill amounts for residents, and money to restore the house Winnie lived in, is stolen! The situation has got so bad in Brandfort that the VF+ political party has laid a complaint against the despotic municipal manager of the Masilonyana municipality, which serves Brandfort, Theunissen and Winburg in the Free State. The “executive” mayor is Kunatu Stephen Koalane.

This desperate step comes after the property of a resident of Brandfort, Annemie Swanepoel, has been flooded in raw sewage for over 6 weeks. Swanepoel says that she has to keep her children inside to prevent them from becoming sick, and that she can’t transport pigs off her plot because they will then have to cross the sewage dam. She also fears that the hooves of her horses will rot because they are walking through the sewage. Not to mention that the sewage can kill her animals, including her dogs.

Swanepoel says she has approached the municipal manager, Pule Tshekedi, multiple times but he has refused to help. Could that be because he is too busy plundering the public coffers or maybe he wants a bribe, or perhaps even racism? Armand Cloete of the VF+ says the they have visited the sewage pumping station, but it has not been working for years. Cloete says he has spoken to municipal contractors and they tell him that they won’t do any work for the municipality because the contractors don’t get paid for work done. Cloete says that even though the municipality was placed under administration by the provincial government, the situation has not improved.

Cloete says Brandfort is regularly without water. Electricity cables are also being regularly stolen thanks to the impotent and incompetent cadre deployment police, and that means residents are left without power. Residents are being billed ridiculous amounts because the municipality can’t even, or don’t want to, work out the correct amounts residents have to pay, so they suck any amounts from their thumbs. Residents then refuse to pay which leads to the municipality not being able to generate an income to replace the money they plundered.

Back in 2018 The Freedom Front Plus (FF Plus) had requested in Parliament that the Minister of Water and Sanitation, Gigile Nkwinti, take action in the ongoing water crisis affecting Brandfort residents in the Masolinyana municipality, after they were without water for a whole month. The FF Plus’ parliamentary spokesperson, Adv. Anton Alberts, officially requested Nkwinti to provide guidance in Masolinyana, where the Brandfort waterworks regularly encounter pump problems.

Even left wing Netwerk24 has tried to contact the municipal manager, the mayor and the speaker of the municipality but not one answered their phones. The landline phones of the municipality are also out of order. This sad story of #TheAfricanWay is the story of most rural once beautiful towns being destroyed by the ANC with their communist ideology. 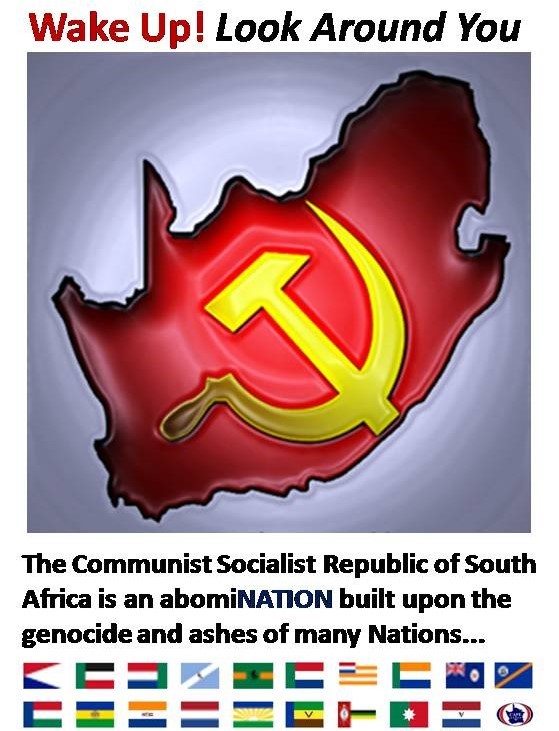 Read also: #Kakfontein: Africans Will Let The Sewage Pump Get Stolen, Not Replace it as They Are Too Busy Stealing Themselves, and Then Live in The #Sh*thole it Creates!